We caught up with Andrew Davie from Bear’s Den on Sunday before their set at Citadel in London. Read all about how the guys met, where the inspiration for their new album came from and their love for the board game Settlers of Catan.

So, you are playing at Citadel festival today, are you looking forward to getting on stage?

So excited to play. We just watched Matthew and the Atlas absolutely kill it so we are just so stoked to play.

How do you typically get yourself ready for a set?

It depends on the day. Today, we just flew in from Madrid this morning so for us today we are just trying to make sure we are awake. I guess it is sleeping during the day and then having a couple of beers. I mean, we should really be doing more warm ups haha!

Can you tell The FSTIVAL Club a bit about yourself?

We are a band that was started in 2012 and we have just basically been on tour the entire time that we have been a band. I’d say we are folk rock, a bit alternative, with a little bit of indie rock in there too. We have lots of harmonies and things like that. For us, it’s all about live music and performing on stage. 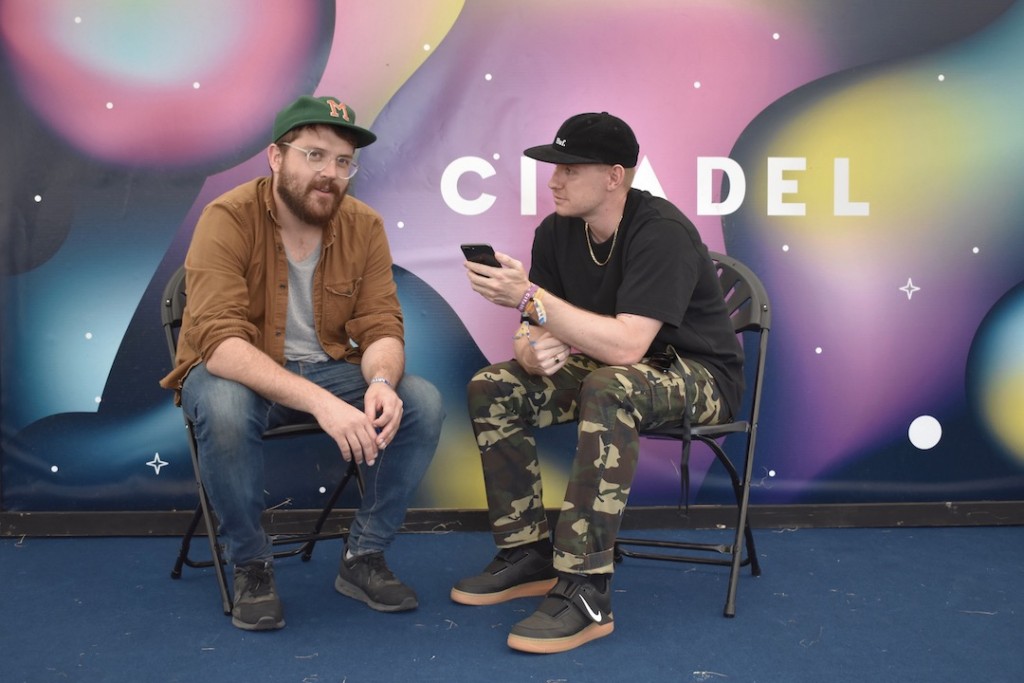 Interview with Bear’s Den at Citadel 2019 | THE FSTIVAL CLUB

So, let’s go back to the beginning. How did you first get in to music?

How did you guys end up meeting and eventually forming Bear’s Den?

I was running a club night in Fulham and Kev was running one in Notting Hill. We were both running those nights so we could put on our mate’s bands. We knew each other through that. Kev was in a band and I was in another band at the time and after a while we started to think, shall we just play music together. We both got on…he is a legend! We have just been best friends since we started making music. It all got started then.

Where does the name Bear’s Den come from?

There is a town where my grandparents are from just outside of Glasgow called Milgavie, which is next to a place called Bearsden. When we were thinking of band names, I had written a bunch of songs in that part of Scotland so subconsciously that was thrown in to the mix.

‘So That You Might Hear Me’, your latest album came out earlier this year, tell us about it…

Yeah, we are really proud of it. We recorded it with this amazing producer called Phil Ek who has worked with Fleet Foxes, The Shins, Modest Mouse, Built to Spill…I could go on for a while with who he has worked with but he is just a really talented guy. He was at the top of our list of people we wanted to work with. He was really excited about the songs which is obviously a nice feeling. It was a really fun album to make. We made it over in Seattle over a 7 week period. Yeah, we are really proud of it.

Where did you find your inspiration for this album?

It came from lots of different places. We were really interested in this idea that the theme of the record would be trying to communicate with someone and feeling like you were unable to. We started messing around with these different, weird, sonic things that kind of represented that for us. Things like Morse code samples, sonar samples and things like that. We started using those as rhythm tracks in our songs and then incorporating electronic elements that blend well with that. Then trying to add in acoustic elements to it that then blended with that. It was pretty complicated and tricky but it was really fun to make everything about it. It felt like everything from our lyrics to the sonic and to how we played our instruments was trying to get that across. 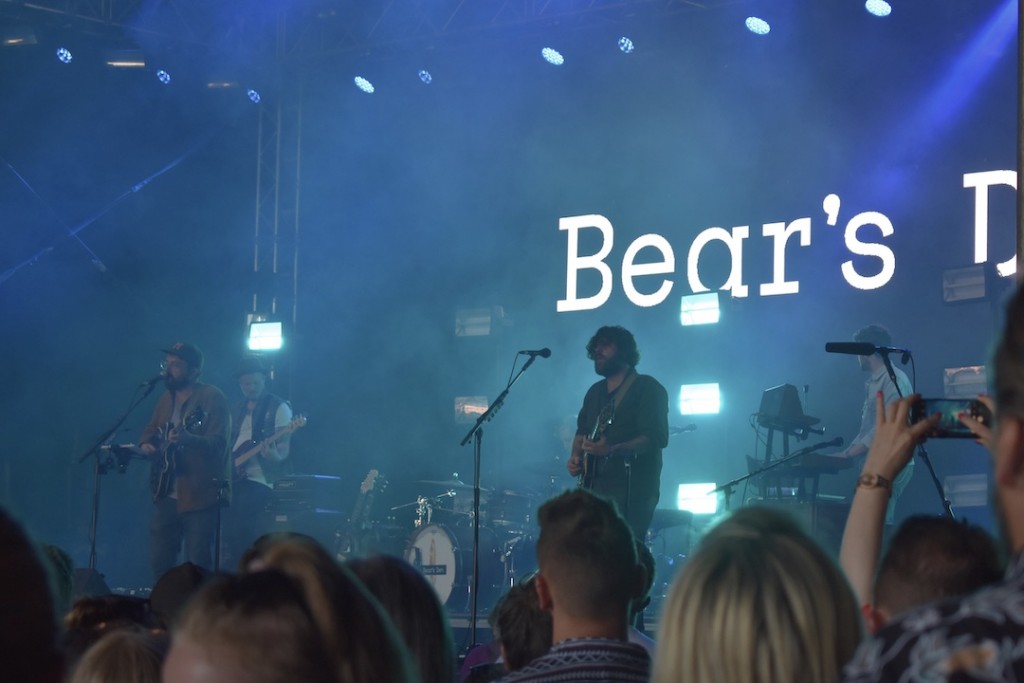 What type of music do you like to listen to relax? Any favourite albums/artists you are listening to at the moment?

I’m really late to the party but I’m obsessed with Jon Hopkins at the moment. He was playing at the festival we were playing yesterday but I couldn’t stay because we had to get up so early so I missed him. He was on at like 2am and I was so tempted to just go all the way through. We just watched Matthew and the Atlas and I just think they are such a good band. I’m also obsessed with their new record.

Other than your own, what track means the most to you?

I’d say the song ‘Famous Blue Raincoat’ by Leonard Cohen is the most perfect song and I just love it. Whenever I listen to it, I just get something new out of how he wrote it. I just think that it is genius.

Where is the best place you have performed? Is there one performance that stands out the most?

We have been very fortunate to play in Victoria Park with the Mumford and Sons a few years ago and that was incredible. We have played in a place called the Waldbühne in Berlin, which is an unbelievable venue. It’s like an amphitheatre in the forest just outside of Berlin. We also played at a place called Elbphilharmonie in Hamburg which is an unbelievably beautiful concert hall. We played there with an orchestra last year and that was a bit of a dream for all of us.

What is the one thing you can’t be without on the road?

We are obsessed with this board game called Settlers of Catan. I probably don’t need to explain that we aren’t a very cool band haha but we are obsessed with this board game. We literally play it pretty much every day, so definitely Settlers of Catan! Also, my mate has just invented this new board game. He hasn’t sent it to me yet but it is called Questos and I’m really excited about that too. His name is Tom Hogdan, he is the creator and a great guy.

Worst at rinsing the rider?

I think we are both pretty good at that you know. I’d say Harry Monday, who plays guitar with us as well is probably one of the worse. He is going to hate me for saying that.

Who takes the longest to get ready?

I’d probably say that Christof is the one that takes a little bit of time to get ready.

Marcus is a bit of a closet party animal. 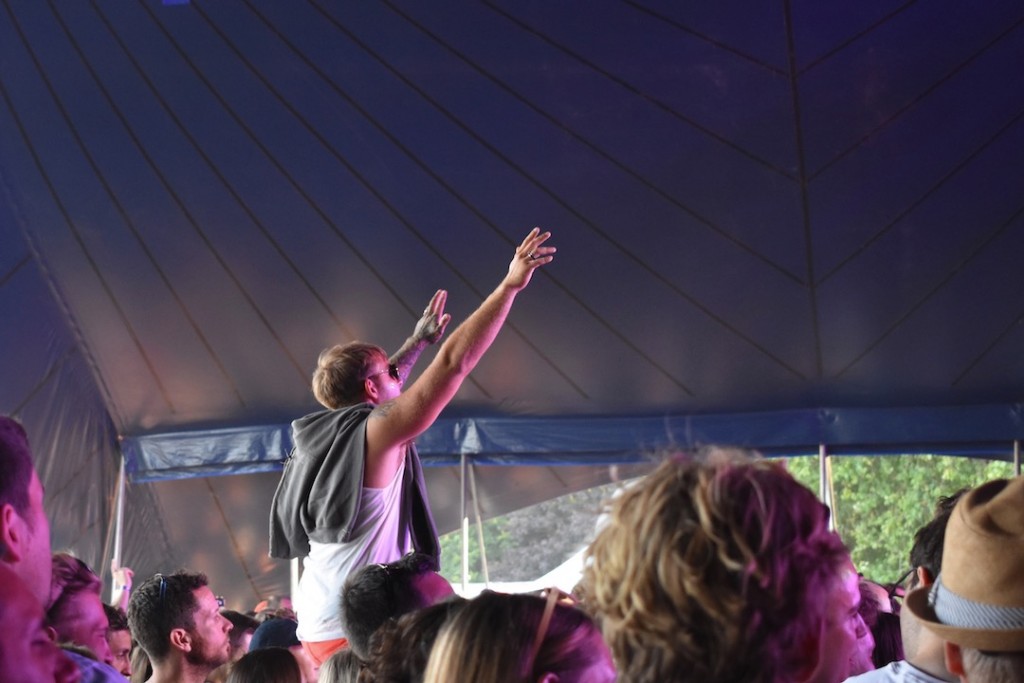 Can you tell us what is usually on your festival rider?

We have recently added a nice bottle of gin which I think has been a really nice addition to just having beers. We basically have vegans, vegetarians and full on carnivores in the band so we need things for all of them.

I’d say that the UK let’s itself down on the catering side of things usually, compared to artist catering in Europe but the catering today was amazing. We had a full roast earlier which was lovely. It had all the trimmings.

That has to be a gin and tonic for me…I bloody love gin!

Have you got any new music in the pipeline?

Actually yes! We have a couple of new things we are thinking about working on. We are going to try and get in the studio at the end of the summer and at the beginning of the new year. These are for 2 separate things but we can’t really talk about what they are but we are working on 2 or 3 new ideas so keep your eyes peeled.

What festivals have you got planned for the rest of the summer?

This summer we are playing at Boardmasters in the UK, Blue Balls festival in Switzerland, which is a very interesting name for a festival. We are also playing at Rock en Stock in France and Lowlands festival in Netherlands.

The guys have also just announced a headline show at London’s Hammersmith Apollo on the 20th Feb 2020. Tickets go on sale on Friday 19th July at 9am.

You can listen to Bear’s Den new album on Spotify: